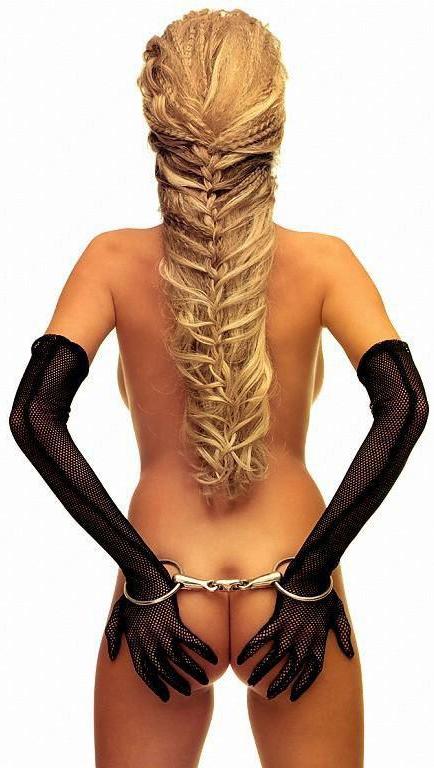 I once said that.

I can tell you that every man I know has the same reaction when they listen to the Puppies and Massages episode of Bliss Bringers. They cannot believe that I would try having a submissive experience. In general, I have a very dominant personality and am the type to take control in almost every situation. I admit that there was a time that I thought only weak-willed or meek people could surrender to such an experience.

People who engage in such activities are not generally people who are mentally ill, victims of an abusive past, or looking to do harm to someone else. You do not have to be a submissive person to be a submissive in a BDSM scene. I am a well-adjusted adult with a career, family, and friends. I have never suffered abuse or otherwise been "damaged" resulting in the need to recreate trauma within a sexual framework. I was cherished and spoiled by my parents as a child and have many long-term friendships as well as a loving husband that I've been married to for over 20 years.

I didn't anticipate the magical experience he was offering. I didn't expect how powerful the experience would be. I thought I would get my ass spanked and play this kinky, submissive roleplay game with him. But that isn't what happened. It was an experience that woke something deep inside of me.

For those who have never experienced something like this, to help you even get close to comparing, think of rolling Christmas, an intense spiritual moment, and the most incredibly clear and peaceful bliss you could imagine into one experience. It's not just about the pleasure, although there is quite a bit of pleasure and it is wonderful. There doesn't have to be pain, for those that are scared that this type of experience is all about suffering different levels of pain. It is about sensations, so many that you physically and mentally transcend your reality. It's like floating within the safety of the womb or even comparable to touching a little piece of heaven. Everything fades away and there is only you and peace and the awareness of the person who brought it to you.

To my surprise I did not "play" anything. I surrendered myself. I was compelled to do it. I did not become enslaved. I became freed. Freed from worry, stress, fear, constraint, and all that was negative in life if only for those few hours. It is not a surrender of who you are or what makes you, it is not taking anything away from your identity. It is an even exchange. For all that you give up, you are clearly receiving that much and more in return.

I'm looking forward to more exploration on this magical journey of self discovery through surrender. I hope to have more to share soon!