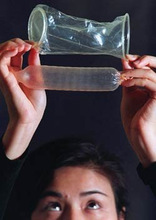 Get ready for a barrage of tips & tricks and lessons learned by the Bliss Bringers team. That's right, we mess up so you don't have to!

In the luscious labs we do a live review of a female condom.  Our team does extensive testing and analysis.  For science.

Finally, we remind everybody we will be hitting up catalystcon west. 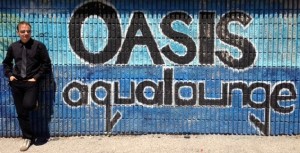 Warning (or promise, depending on your perspective): This episode has more explicit content than usual (like, actual sex and orgasms and that sort of thing).

Our first (but let's hope not last) "bedcast." The crew gets together for a sexy weekend in Toronto, interviews Jana, owner of the upscale sex-club Oasis Aqualounge, and we give a naughty news report for aspiring dommes who want to spend a weekend learning from Midori at Forte Femme.

END_OF_DOCUMENT_TOKEN_TO_BE_REPLACED 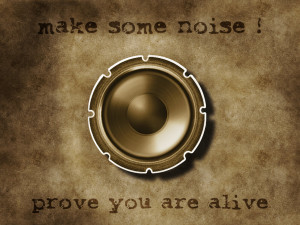 Last time we were in Vegas, the Captain and I were having a late night roll around in our sexy hotel room (hotel rooms have fetish qualities for me -- just being in one turns me on).  We were doing our thing without paying any attention to the fact that on the other side of our fancy headboard was another hotel room.  The people in the next room had a high noise tolerance. They didn't start pounding on the wall until the Captain came.  When he reaches an orgasm, you know about it. He makes a lot of noise.

When you walk into a room where people are having sex, the moans and groans and sounds of bodies mashing together are as arousing as the sight of naked bodies in motion. Most men I know get a real kick out of hearing their partner have an orgasm. And if their partners are women, they rarely disappoint.

I like sounds because they are a kind of sexual feedback. If my partner is making noises, soft or loud, then I know they're feeling pleasure. If someone is totally silent, I have no idea what's happening with them.

I'm fortunate in that the Captain likes to make noise.  We talk to each other while we're having sex, whether with each other or with other people.  And he doesn't keep it a secret when he comes. I LOVE that.  It's all part of it.

But I've been with men who are totally silent (women are rarely totally silent -- it seems to be a guy thing). They don't even utter so much as a whisper.  I'm not sure if they feel shy about making noise, or if they used to live somewhere where they had to "keep the noise down" for fear of disturbing the neighbors. Or if they don't want to admit that they came because they think their partner still wants more. But sometimes they don't even call out in any way when they are coming.

I just want to go on record to say: that disappoints me.

END_OF_DOCUMENT_TOKEN_TO_BE_REPLACED 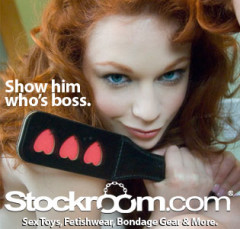